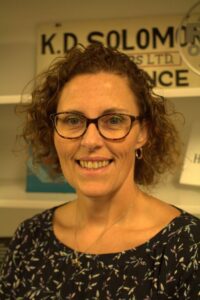 Nancy is back again to help the Meaford Dragons choose the most promising entrepreneurs at this year's event.

Nancy originally attended Georgian College Owen Sound & Orillia campus to complete her Early Childhood Education Diploma. From there, she learned a great deal about computers, and started working for an internet & software company. The customer service skills developed while there lead her to Insurance, which is when she obtained my RIBO (Registered Insurance Broker of Ontario) licence in 2001.

In January of 2015, HJM Insurance was acquired by BrokerLink Insurance. Since 1991, BrokerLink has grown into one of Canada’s largest and most reliable insurance brokerages. With over 150 branches and 2,000 employees across Ontario, Alberta and Atlantic Canada, they are proud to live and work where their customers do.

Survey of Meaford businesses identifies challenges facing employers Respondents to a Meaford Chamber of Commerce survey identified housing as important to business, with 83 percent expressing the hope that Meaford can provide enough accommodations to house our workforce. Two out of three of the businesses surveyed said they anticipate needing to hire in the...