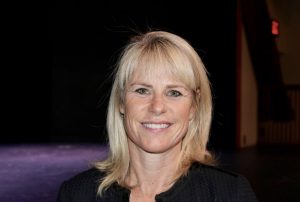 Marie-Catherine is a familiar face to Meaford Dragons fans, as the winner of the 2017 Meaford Dragons competition. She's the founder and CEO of The Frauxmagerie Ltd., in Meaford, and co-owner of Orangetheory Fitness in Barrie, Ontario.

Marie-Catherine’s career began as an infantry officer for the military, and then she joined Peel Regional Police and quickly rose through the ranks as a Homicide Detective and then specialized in Missing Persons and Cold Cases. Marie-Catherine has a degree in sciences and a master's degree in management.

After leaving the Police services, Marie-Catherine and husband Sean Hollingsworth purchased a franchise called Orangetheory Fitness which approaches a healthy lifestyle with a science-based progression system. Once the franchise was well established in downtown Barrie, she decided to follow her passion for food and study Culinary Arts. Her French heritage, passion for healthy eating, and her ability to adapt fresh new ideas in the kitchen caught the attention of a cooking show called Foodlavie, based in Quebec. She was featured for many Plant based and vegan recipe segments while teaching Plant Based cooking classes at Liaison College.

The first thing her culinary students commented on was the lack of “real” vegan cheeses. Since Marie-Catherine’s father has always made his own cheese and bread, she was well versed in bacterial cultures and cheese making techniques. After a few experimental successes, she received rave reviews from her students, who became her best customers. Marie-Catherine recognized the opportunity in the plant based market for a real cheese like hers, and began growing her experimental success into a small business. After a friend tried her cashew cheese, she recommended that Marie-Catherine apply for the Meaford Dragons competition. She put together a business plan, presented at the Meaford public showing and won the 2017 competition! With the prize money, she incorporated The Frauxmagerie and began hiring local staff. The Frauxmagerie Ltd now has four products available in over 70 stores across Canada, 3 stores in the USA and multiple online platforms. Marie-Catherine hopes to help another promising entrepreneur grow just like she did through the Meaford Dragons 2017 competition.

It seems we can’t find what you’re looking for. Perhaps searching can help.